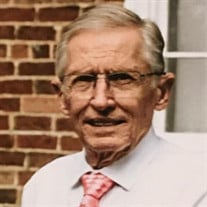 William “Pete” Godfrey Manley, 73, of Jonesborough, TN passed away on November 29, 2021, after a short illness. Pete was born September 1948 in Pittsburg, KS to William “Bill” and Marjorie Manley. He married Rilda Manley (Bell), his wife of 53 years, on April 20, 1968. Together they raised 2 children. After graduating from high school, Pete served in the Army, followed by operating Manley Barber Shop in Weir, KS. The remainder of his career was in manufacturing, including working at Dickey Clay and Vinylplex in Pittsburg, KS and then Superior Industries, Johnson City, TN, for 23 years. He was a committed provider for his family. In addition to spending time with his family, Pete’s hobbies were fishing and hunting, woodworking, target shooting, and making ammunition. Pete is survived by his wife Rilda Manley of Jonesborough, TN, his son Thomas Manley (Julie) of Jonesborough TN, his daughter Kathy Brown (Herbert) of Dallas, TX and his grandchildren Jakob Bowen and Thomas Manley of Jonesborough, TN. He is also survived by his brother John Manley (Joyce) of Wellston, MI, his sister in law Karen Carpenter (Bill) of Liberal MO, a niece and several nephews. A memorial service to celebrate Pete’s life will be held on Saturday, January 8, 2022 at 2pm, in the East Chapel of Appalachian Funeral Home. The family will greet friends immediately following the service in the East Parlor of the funeral home. Memories and condolences may be shared at www.appfh.net. Appalachian Funeral Home & Cremation Services, 800 E. Watauga Ave., Johnson City, TN 37601 (423)928-6111

The family of William"Pete" Godfrey Manley created this Life Tributes page to make it easy to share your memories.

Send flowers to the Manley family.