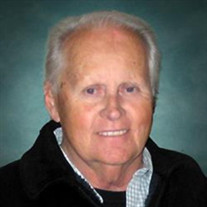 Ted Harrison, 82, Johnson City, went home to be with his Lord and Savior on Tuesday, December 21, 2021, at his residence, following a brief illness. Ted was born in Fresno, California and grew up in Kingsburg, California with his parents, the late Theodore James and Frances Morrison Harrison. Ted attended Reedley College where he played football. He loved to watch football, and did a bit of “sideline coaching” as he watched. Ted enjoyed studying his Bible and was a well-known Bible teacher. The biblical meaning of his given name, Theodore, means “Gift from God”. He previously attended Multnomah Bible College, Portland, OR, and Biola University, La Mirada, CA. Ted excelled in the Greek language while attending Biola. Ted worked as a Staff Evangelist for the Union Rescue Mission, Los Angeles, and pastored a Baptist church in Redding, CA for a short time. He moved back to South Orange County, CA, where he worked in the Real Estate and owned a Mortgage business before retiring to Tennessee two years ago. He attended Saddleback Church for several years while in California, and in Johnson City, had been attending Grace Fellowship Church. He is survived by his wife of forty-two years, Bonnie Harrison; two children, Kristi Leggitt and husband Randy, Fullerton, CA, and Matthew Harrison, Wildomar, CA; three step-children, Tami Southerland and husband Roger, Trudi Choate, all of Johnson City, and Tobi Choate, Huntington Beach, CA; four grandchildren; eight step-grandchildren; several great-grandchildren and step-great-grandchildren. The graveside funeral service for Ted will be held Thursday, December 30, 2021, at 2:00 P.M., in Monte Vista Memorial Park, with Rob Hughes, officiating. Those planning to attend are to meet at the cemetery by 1:50 P.M. Thursday. Immediately following the service, there will be a reception at the home of Tami and Roger Southerland, for family and friends to visit with one another and share memories of Ted.

Ted Harrison, 82, Johnson City, went home to be with his Lord and Savior on Tuesday, December 21, 2021, at his residence, following a brief illness. Ted was born in Fresno, California and grew up in Kingsburg, California with his parents,... View Obituary & Service Information

The family of Ted Harrison created this Life Tributes page to make it easy to share your memories.

Ted Harrison, 82, Johnson City, went home to be with his Lord...

Send flowers to the Harrison family.