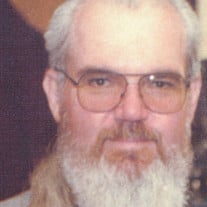 Stan “Cookie” Cookenour, 66, Jonesborough, died unexpectedly Saturday, August 4, 2018, at his residence, following a lengthy illness.  Stan was born in Kingsport, but lived most of his life in Washington County.  He was a son of the late William C. and Willie Ruth Ford Cookenour.  Cookie was a 1970 graduate of Boones Creek High School, and later received an Associate Degree in Electronics from Northeast State.  He was a retired Law Enforcement Officer, working with the Johnson City Police and Washington County Sherriff Departments.  Stan was a longtime volunteer with the Jonesborough Rescue Squad.  He was a member and involved with several law enforcement organizations, including the Fraternal Order of Police, where Cookie formerly served as President.  Stan enjoyed the outdoors, especially hunting and fishing. As his health declined, he spent more time indoors, where he enjoyed reading and studying his Bible. Cookie was a Christian.  Stan is survived by his wife of forty-four years, Linda Perry Cookenour; his son, Stephen Cookenour and wife Sarah, Jonesborough; two grandsons, Jackson and Stephen Cookenour, Jonesborough; one brother, Steven Cookenour, Abingdon, VA; one sister, Sharon Cookenour, Johnson City; sister-in-law, Joyce Perry Turner, Jonesborough; his chosen brother, Darrell Lett; several nieces, nephews, great nieces and nephews.  It was his wish to be cremated, however, the Celebration of Cookie’s Life will be held Thursday, August 9, 2018, at 7:00 P.M., at Abounding Grace Baptist Church, 1025 Depot St., Jonesborough, TN 36759, with Rev. Kevin Morris, officiating.  The family will receive friends prior to the service from 5:00-7:00 at the church.  In-lieu-of flowers, donations may be made in Stan’s name to the church.

Stan &#8220;Cookie&#8221; Cookenour, 66, Jonesborough, died unexpectedly Saturday, August 4, 2018, at his residence, following a lengthy illness.  Stan was born in Kingsport, but lived most of his life in Washington County.  He was a son... View Obituary & Service Information

The family of Stanley wayne Cookenour created this Life Tributes page to make it easy to share your memories.

Send flowers to the Cookenour family.