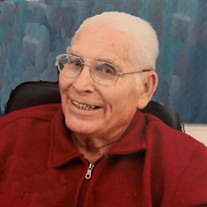 Samuel Durant Harmon, 84, Johnson City, passed away peacefully, Saturday, March 14, 2020, with his wife by his side. He was born in 1935 in Stuart, Oklahoma to the late Davis Durant Harmon (who lived 102+ years) and Annie Pool Harmon. Sam joined the US Navy on a “kiddie cruise”, joining before his 18th birthday and receiving an honorable discharge before his 21st birthday. He was an aviation storekeeper and was proud to have made an aircraft takeoff and land aboard the USS Antietam. While living in Knoxville, Sam was the driving force in establishing the West Central Little League in 1967, he also served on the league’s board of directors. This was the first integrated little league in Knoxville and was wholeheartedly supported by the city. The city also provided a great deal of funding to support this league. The teams had top-notch uniforms, uniform patches, etc., which promoted high visibility throughout the city. Sam also loved coaching his children’s basketball and little league teams. He was also an avid basketball player even in his early 50’s. In 1990, Sam fell from a ladder and severed his spinal cord becoming a paraplegic. This tragic accident did not slow him down much or change his attitude about living life to the fullest. He was an active member of the Southeastern Chapter of Paralyzed Veterans (PVA). He served for a number of years as the Volunteer Liaison Officer for PVA at the Mountain Home VA Medical Center. Like his father, Sam loved to garden. He not only raised unusual heirloom tomatoes from seed and gave plants to friends, neighbors, and family, but also had a love of planting beautiful flowers in the yard. The water garden he built was featured for several years on the Johnson City water garden bus tour. Not only did the visitors enjoy his water garden, but also they were amazed at the many unusual plants in the landscape. The neighbors once told him that they called his house the “gingerbread house”. In addition to his parents, two brothers, Joe and Phil, preceded Sam in death. He is survived by his wife, Barbara DuBois Harmon; his sons, Kevin Durant Harmon, Tim Lee Harmon, and Jeffrey Lynn Harmon and wife Helen; sister, Alice Bageant and husband Bob. His extended family, son, Robert Jonathan Woods and daughter-in-law, Shannon Michelle Woods. The loves of his life were his grandchildren, twins, Davis Durant and Megan Elizabeth Harmon, Emily Lavinia, and Ryan Andrew Woods. Sam loved life, his wife, children, grandchildren, and cats. Sam had a brilliant mind, the courage of a lion, a caring heart, a wonderful sense of humor, and is WALKing in the garden with the angels. There will be no services. Inurnment will take place at a later date in Mountain Home VA National Cemetery.

Samuel Durant Harmon, 84, Johnson City, passed away peacefully, Saturday, March 14, 2020, with his wife by his side. He was born in 1935 in Stuart, Oklahoma to the late Davis Durant Harmon (who lived 102+ years) and Annie Pool Harmon. Sam joined... View Obituary & Service Information

The family of Samuel Durant Harmon created this Life Tributes page to make it easy to share your memories.

Send flowers to the Harmon family.