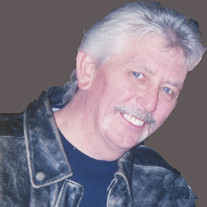 Ricky L. Lowe, age 63, of Piney Flats, Tennessee, passed away Thursday, August 16, 2018 at the Franklin Woods Community Hospital following a brief illness.  A native of Johnson City, he was a son of the late Fleenor and Barbara Crowe Lowe.  In... View Obituary & Service Information

The family of Ricky Lee Lowe created this Life Tributes page to make it easy to share your memories.

Send flowers to the Lowe family.