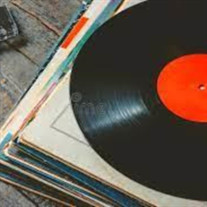 Ricky Lee Garland The serious stuff… Ricky Lee Garland (69), A.K.A. Daddy-o, Paca Rick, Paca Rocka, Tiki Tavi, and The Major, followed the sun and shuffled off this mortal coil on Saturday, October 2nd. He joins his parents, Dan Warren & Beatrice Gentry Garland, and brother Jack Gentry Garland. Those remaining in this realm to miss him are his wife of 10 years, Dianne (*together 35 - y’all know), daughters Allison Garland Sams and Aja LaDue, sons in law Ron Sams and Joe LaDue, grandchildren Jason (the son he never had) and wife Caitlin Anderson, Morgan Anderson, Deuce & Lillie LaDue, and numerous aunts, uncles and cousins. In addition, he had countless lifelong friends and co-conspirators - you know who you are. The not so serious stuff… Factually, Ricky was born in Oak Ridge, TN and moved to Johnson City around the age of 8 - but life truly expanded over the next few years as he fed his growing love for music, eventually cutting his musical teeth when he joined an all black blues band in middle school (we can’t remember the name! Also, don’t tell his parents he was at adult clubs and frat parties at 13). That insatiable love to create and play led to The Gents in high school and Blitz in college (among many many other bands). After many years at various TN universities, he received degrees in Business and Political Science. Corporate jobs at Chapman Exterminating and Old Dominion funded his passion for music, songwriting, vocals and guitar while also expanding his music family - most prominently in his later years with the Industrial Hippies. Ricky had a lifelong love for learning bolstered by a ravenous appetite for all manner of books and was recently enrolled in online classes at Yale, Rutgers and Cambridge - he especially LOVED the music course at Berklee School of Music. Alternatively, his affection for pasta, cheese, breakfast and sweets was only rivaled by his adoration for his family. We are comforted by his unshakeable faith in God and his adamant belief that there are no coincidences. We ask that as you reflect on his life, look for the universe speaking to you. We’ll informally gather to celebrate Ricky on Oct 9 from 5:00pm - 7:30pm, at Appalachian Funeral Home (800 E Watauga Ave, Johnson City, TN 37601). Casual attire required (rock-n-roll shirts encouraged; suits will be turned away - kidding, kinda). As we have enough “stuff” please refrain from sending flowers. If you must, please donate to St. Jude Children’s Research Hospital. ♪ Peace and Love ♪

The family of Ricky Lee Garland created this Life Tributes page to make it easy to share your memories.

Send flowers to the Garland family.