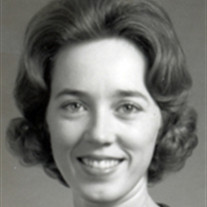 Phyllis Jennings Corso, 74, Johnson City, died Friday, September 1, 2017, at her residence, following a lengthy illness. A reflection of the depth of Phyllis's character was the men who shared her life. She was at one time married to Bill Jennings, a successful and well respected Political Journalist who covered state and national affairs for the Johnson City Press. Her second husband, Joe Corso, was a beloved professor of Political Science at ETSU, who at one time served as a member of the Johnson City School Board and as a Washington County Commissioner. Phyllis was a native Johnson City girl, whose roots go deep in East Tennessee. She graduated from ETSU with a degree in psychology. Her maternal grandfather was a train engineer for the Clinchfield Railroad. Her father worked for Atmos Gas Company. Her mother was assistant to the director of the Johnson City Vocational School. She herself worked as a secretary for Nuclear Fuels Services and then for City Attorney Jim Epps. Phyllis was an active participant in the cultural life of Johnson City, especially involved with the Johnson City Community Theater. During her stead at the theater, she wore many hats, as a musical performer, a piano accompanist, and for some time, served as the theater's manager. Utilizing her musical abilities, she was a member of the Mountain Empire Chapter of the Sweet Adelines, a highly respected world-wide organization of women singers, performing the musical art form of barber shop harmony. For a number of years, the New Year's Eve Party given at her Tree Streets residence was the party to attend, as it was the gathering place for any number of prominent Johnson City residents. When her husband Joe Corso died during his term as a County Commissioner, Phyllis filled the vacancy for the remainder of his term, just prior to the onset of her illness. She was preceded in death by her parents, Howard and Ollie Salyer Murray, her husband, Joe Corso, in 2013, her former husband and father of her two daughters, Bill Jennings, in 2016. Phyllis is survived by her two daughters, Suzanne Jennings, Knoxville, and Amy Jennings (husband Dorian Jones), Johnson City; three step-children, Gerald, Jennifer and Jonathan Corso. The family would like to extend a special "Thank You" to Phyllis's care givers Tracy Baines, Julie Stiles, Loretta Smith and Linda Ayers, for the excellent care given to her during her illness. The graveside service will be held Sunday, September 10, 2017, at 12:00 P.M., in Oak Hill Cemetery, Johnson City, with Rev. Gene Deaton, officiating. Inurnment will follow. Those planning to attend are to meet at the cemetery. Following the service Sunday, there will a gathering of Phyllis's family and friends to celebrate her life at the Corso household. Order Flowers Service DetailsSunday, September 10th, 2017 2:00pmInterment DetailsOak Hill Cemetery

Phyllis Jennings Corso, 74, Johnson City, died Friday, September 1, 2017, at her residence, following a lengthy illness. A reflection of the depth of Phyllis's character was the men who shared her life. She was at one time married to Bill Jennings,... View Obituary & Service Information

The family of Phyllis Jean Jennings Corso created this Life Tributes page to make it easy to share your memories.