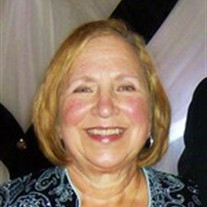 Pamela Payne Reed, 67, Jonesborough, passed away Friday, December 23, 2016, at the Johnson City Medical Center. Pam was preceded in death by her father, Bill C. Payne, mother, Lorraine B. Payne, and her sister, Jill P. Peeks. A Johnson City native, she was a 1967 graduate of Science Hill High School and a 1971 graduate of East Tennessee State University, with a BSW degree in Social Work. She was a sister of the Alpha Omicron Pi sorority. Following graduation, Pam was employed by the State of Tennessee as a licensed social worker, before joining her husband, Dr. Lon Reed, in marriage. Together they followed his Navy career as a military family until they returned to the area after retirement. She is survived by her husband of forty-three years, Lon; her daughter, Navy Commander Cambrai R. Harty, son-in-law Michael and granddaughter Julia; sons Joshua L. Reed, Casey C. Reed, and daughter-in-law, Elizabeth; her brother, Bill B. Payne and wife Carrie; nephews Nathan D. Payne, Caleb and Dustin Peeks. A private memorial service is anticipated following cremation. Order Flowers

The family of Pamela Ellen (Payne) Reed created this Life Tributes page to make it easy to share your memories.