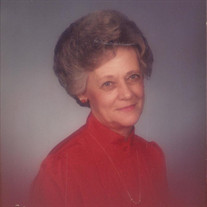 I have fought the good fight, I have finished the race, I have kept the faith. Henceforth there is laid up for me The crown of righteousness. 2 Timothy 4:7-8 “Our sweet, loving and kind mother has left us for a better place, but we will miss her so much. We will always love our memories.” Lena Mae Holden Lewis, 91, Johnson City, passed away peacefully after a brief illness, surrounded by family, Wednesday, March 11, 2020, at her home. She was born in Elizabethton to the late Fred Frazier and Gertrude Loveless Holden. Lena was in food service and worked in school cafeteria’s serving food to students, which she loved very much. She was member of Bethel Church of Christ. Lena loved to travel with her family, especially to Dollywood and Disney World. She was always ready to jump in the car and go. Lena loved bringing her family together on Sundays with her wonderful cooking. Lena never complained and her family thought that was a very special and caring trait that she had. In addition to her parents she was preceded in death by her husband, Herbert Henry Lewis, Jr.; brothers, Coolidge Calvin Holden, Ralph Holden, Billy Joe Holden, James Delman Holden. Survivors include her children, Shirley Ann Lewis Leonard, Terry Lynn Lewis (Frieda), Susan Marie Scott (Everett), Jerry Wayne Lewis (Starlite); grandchildren, Angela Walters (Vincent), Amy Wilson (Robert), Christy Deloach (Jeff), Amanda Wells (Justin), Chad Lewis (Cindy), David Lewis (Jessi) Michael Lewis (Kim); step grandchildren, Michael and Ian Cross; 11 great-grandchildren; brothers, David Allen Holden, John Frazier Holden (Geri); special sister-in-law, JoAnne Ingraham; special friends, Dorothy Moore, Louise Whaley, Betty McInturff; several nieces and nephews. The graveside service will be held Monday, March 16, 2020 at 11:00 A.M. in Roselawn Memory Gardens with Mr. Terry Lyons, minister, officiating. Those wishing to attend are requested to meet at the cemetery at 10:50 A.M. Pallbearers will be David Lewis, Chad Lewis, Michael Lewis, Caleb Wilson, Kevin Slagle and Vince Walters. In-lieu-of flowers the family wishes you to please make donations to Bethel Church of Christ, 234 Tommy Cambell Rd. Jonesborough, TN 37659 or St. Jude Children’s Research Hospital 162 Free Hill Rd. Johnson City, TN 37615. The family would like to thank the nurses at Amedisys Hospice, Ashley Elledge, Donna Cosby and Trish Tilson; and her caregivers, Jenny Keplinger, Margaret Manning, Joan Scott and Jimmie Keplinger.

I have fought the good fight, I have finished the race, I have kept the faith. Henceforth there is laid up for me The crown of righteousness. 2 Timothy 4:7-8 &#8220;Our sweet, loving and kind mother has left us for a better place, but we... View Obituary & Service Information

The family of Lena Mae Holden Lewis created this Life Tributes page to make it easy to share your memories.

I have fought the good fight,
I have finished the race,
I have...

Send flowers to the Lewis family.