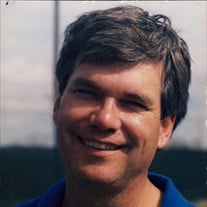 Kenneth D. Jones died unexpectedly May 28, 2020. The family mourns his sudden passing and is at a loss with his absence. Kenneth, affectionately known to friends as “Kenny”, was born Kenneth David Jones on November 13, 1947 to Charles B. Jones Jr. and Alma Jean Sluder Jones in Johnson City. He attended and was baptized at Temple Baptist Church. Ken was an athletic young man from an early age. He led the Big 7 Conference in scoring in basketball and was named to the All-State team his senior year. Ken was All Big 7 Conference for three years in baseball playing for John Broyles at Science Hill. He graduated from Science Hill High School in 1966. The Cincinnati Reds organization wanted to sign Ken as a high school senior, but his father wanted him to get an education. He then attended Milligan College on a sports scholarship for both baseball and basketball. While attending Milligan, Ken was drafted and served his country in the US Army as a Medical Corpsman in the Vietnam War. He returned from the war and attended East Tennessee State University. Ken was inducted into the Science Hill Hall of Fame for basketball and baseball in their inaugural class of 2007. He holds the record at Science Hill High School for the most points scored in a basketball game, 47 points, which was before there was a 3-point line. Ken was a sports enthusiast, he enjoyed watching and participating in many sports, but golf was his game of choice from a teenager on. He also played tennis regularly, but lovingly joked that he never managed to beat his wife. Ken worked as the New Car manager at the former Sherwood Chevrolet in the 1970’s and 80’s. He worked as a realtor for Prudential Greg Cox Real Estate until he retired. Ken was a gracious family man, showing his love through acts of service. He was a wonderful son, visiting his mother often and mowing her yard weekly. Ken was kind and generous to his wife of 20 years, selflessly caring for her and being her constant companion during some difficult health issues. He had a full and round laugh that filled a room. Ken saw the world with a smart sense of humor and made people laugh with jokes and tales. He was quick to talk to strangers and make friends and was often thinking of others more than himself. Ken is preceded in death by his mother Alma Jean Jones and his father Charles B. Jones. He is survived by his loving wife, Sharon Cox, his son Dustin Charles Jones of Florida, his brother Robert Jones and wife Rebecca of Johnson City, niece Heather Jones Cook and her husband Lafe and daughter Piper, aunt and uncle Shirley J and Henry Steel of Maryland, and his step children and grandchildren Chris Rodeheaver Martin and Leonard Martin of Lakeland, Florida, James Sullivan of Kingsport, Janzen Wells of Kingsport, Tracy Rodeheaver Dewhirst and her husband David, and children Addie and Wilder Dewhirst of Knoxville, and Mark Rodeheaver and his wife Chi Mai, and children Cai, and Jack Rodeheaver of Park City, Utah. The graveside funeral service will be held Tuesday June 2, 2020, at 2:30 pm, at Monte Vista Memorial Park, with Dr. Barry Burns, officiating. Pallbearers will be selected from family and friends. Those planning to attend are requested to meet at the cemetery by 2:20 pm Tuesday. John 5:24 Jesus said “He that heareth my word and believeth on him that sent me hath everlasting life, and shall not come into judgement, but is passed from death into life”

Kenneth D. Jones died unexpectedly May 28, 2020. The family mourns his sudden passing and is at a loss with his absence. Kenneth, affectionately known to friends as &#8220;Kenny&#8221;, was born Kenneth David Jones on November 13, 1947 to... View Obituary & Service Information

The family of Kenneth D Jones created this Life Tributes page to make it easy to share your memories.

Send flowers to the Jones family.