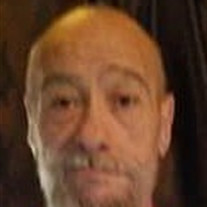 John H. Campbell, 62, Elizabethton, formerly of Johnson City, died Thursday, September 28, 2017, at his residence, following a lengthy illness. John was a resident of Johnson City for most of his life. He was a son of the late Manuel Albert... View Obituary & Service Information

The family of John Henry Campbell Sr created this Life Tributes page to make it easy to share your memories.

Send flowers to the Campbell family.