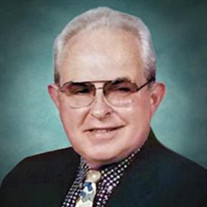 Dr. Jay L. Allen, 84, Johnson City, died Thursday, January 13, 2022, at Abundant Christian Living Community, following an extended period of declining health. Dr. Allen was a native of Four Oaks, NC, and had been a resident of Johnson City since 1965. He was a son of the late Kirby M. and Velma Lee Allen. Following his graduation from high school, Jay received his A.A. degree in Liberal Arts in 1956 from Campbell University, Buies Creek, NC, both B.S. and B.A. degrees in Social Studies and Romance Language in 1959 from East Carolina University, Greenville, NC, then his Masters of Public Health degree in 1962 from the University of North Carolina, Chapel Hill, NC, then finally his Ed.D degree in Public Health in 1981 from the University of Tennessee, Knoxville. Dr. Allen dedicated most of his professional career as a Professor in the Department of Public Health at East Tennessee State University, retiring in 1996. He served the College of Public and Allied Health as its first Chair for thirteen years and as Assistant Dean, Professor of Public Health and Coordinator of Advisement. Jay was actively involved in the public health of our community, region, state and nation. Dr. Allen was designated Professor Emeritus of Public Health upon his retirement after thirty-one years of service. He served the university in many capacities, and was elected Outstanding Faculty Member by his peers, and in 1983, was presented with the John P. Lamb, Jr. Award for distinguished service by the Tennessee Academy of Health Education. In addition, Jay was chosen as Outstanding Educator of America for 1970-71. After his retirement from E.T.S.U., Jay enjoyed serving as Chef at First United Methodist Church. His culinary talents were recognized in an October 1985 Southern Living magazine feature. Dr. Allen was a Life member and past Vice-President of the Tennessee Public Health Association and has served on the Commissioner’s Advisory Board, Tennessee Department of Health and Environment and as Fellow of the American Health Association. He was a former member of the Alumni Association of the School of Public Health, U.N.C., the Board of the E.T.S.U. Retirees Association, the Washington County Retired Teachers Association, where he served as President of the Board of Directors, the Johnson City/Washington County Chapter of the American Red Cross, the American Lung Association of Tennessee, was very active with the Southern Ronald McDonald House Charities, a member of the North Johnson City Rotary Club for more than thirty years, where he was honored as being named a Paul Harris Fellow. Jay was a member of Southwestern Baptist Church where he taught the Senior Adult Sunday School Class for more than thirty years, served as Deacon and member of the Sanctuary Choir. In addition to his parents, he was preceded in death by the love of his life, his wife, LeVenia Sluder Allen, in 1996, his brother, Harrison C. Allen, two sisters, Hazel Allen Saunders and Aralee Allen Parker. Dr. Allen is survived by his daughter, Lisa Allen Carden, Mount Olive, NC; his son, Mark Jayson Allen and wife Gina, Jonesborough; four grandchildren, Courtney Carden Carr and husband Bradley, Seven Springs, NC, Jordan Carden Mead and husband Paul, Thomasville, NC, Jayson Todd Allen and Jayden Mark Allen, both of Jonesborough; three great-grandchildren, Jaylen, Natalie and Waylon Carr, Seven Springs; brother-in-law, Ronald Sluder and wife Joyce, Leicester, NC; several nieces and nephews. The funeral service for Jay will be conducted Friday, January 21, 2022, at 11:00 A.M., in the sanctuary of Southwestern Baptist Church, with Pastor Greg Salyer, officiating. Special music will be provided by Mrs. Sheila Vaught, Pianist, Mrs. Polly Little, Soloist, and Mrs. Tulea Sluder-Price, Soloist. The graveside committal service will follow in Washington County Memory Gardens. Active Pallbearers will be selected from family and friends. Honorary pallbearers are the Deacons of Southwestern Baptist Church, members of the V.I.P. Sunday School Class of the church, and members of the E.T.S.U. Retiree’s Association. The family will receive friends Thursday evening from 5:00 – 7:00 P.M. in the East Parlor of Appalachian Funeral Home. Those who prefer to make memorial contributions in Jay’s name may do so to either Southwestern Baptist Church, 1112 Cherokee Rd., Johnson City, TN 37604, or to the Jay L. & LeVenia S. Allen Memorial Scholarship c/o East Tennessee State University Foundation, P.O. Box 70721, Johnson City, TN 37614 (Please make checks payable to E.T.S.U. Foundation).

The family of Dr. Jay Lloyd Allen created this Life Tributes page to make it easy to share your memories.

Send flowers to the Allen family.