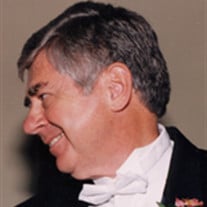 Mr. James R Thompson Mr. James R. Thompson, 89, Johnson City, died Friday, November 4, 2016, at NHC Healthcare, following a lengthy illness. Mr. Thompson was born April 20, 1927 in Clinton, MI to James B and Hazel Thompson. He was a World War II U.S. Army veteran, serving from 1945-1947 in the Philippines. Mr. Thompson graduated from the University of Denver in 1950. In 1954 he started work for Hoover Ball & Bearing Corp., eventually being named Controller of the Ball Division. In 1967 Mr. Thompson moved to the Johnson City area, eventually marrying Nola Faye Boone, in 1974. He joined TPI Corp in 1970 as controller, later became Vice President of Finance, as well as serving on the Board of Directors, he played a pivotal role in a series of acquisitions of TPI's competitors, helping to establish TPI as the largest manufacturer of electric resistance heaters and help establish TPI's export business to the Far East, making a number of business trips to China, which he greatly enjoyed. Additionally, he established Thompson and Gray CPA LLC, which he was active in simultaneously with his work at TPI. Mr. Thompson retired from TPI in 2009, but continued to serve on it's Board of Directors until recently. He and his wife Faye spent winters in Marco Island, FL for many years. Mr. Thompson was preceded in death by his wife, Mrs. Nola Faye Thompson in 2011, his step daughter, Mrs. Lisa Deyton Alspach, his mother, Mrs. Hazel Grubaugh, and his father, Mr. James B Thompson. He is survived by his sons, James S (Linda) Thompson of Rome, GA, Craig S Thompson of Jonesborough, Kent A (Laura) Thompson of Nashville, and Scott R (Renee) Thompson of Limestone; four grandchildren, Ian N Thompson of Atlanta, GA, Emil F Thompson of Limestone, Emily G Thompson of Roanoke, VA, and Matthew "Spence" Thompson of Limestone. The family would like to thank the staff at NHC Healthcare, Johnson City, for the compassion and professional care Mr. Thompson received. The graveside funeral service will be held Monday, November 7, 2016, at 1:00 P.M., in Rebel's Creek Cemetery, Bakersville, NC, with Reverend Bedford Transou, officiating. Family members will serve as pallbearers. Those planning to attend are requested to meet at the cemetery by 12:50 P.M. Monday. The family will receive friends Sunday from 4:00-6:00 P.M. in the East Parlor of Appalachian Funeral Home. Order Flowers Service DetailsMonday, November 7th, 2016 1:00pm, Graveside Service

The family of James Robert Thompson created this Life Tributes page to make it easy to share your memories.

Send flowers to the Thompson family.