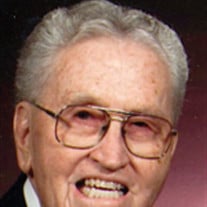 Horace Matison Hartman, Jr., 90, died at his residence in Johnson City, TN, Tuesday, June 13. Horace was born in Telford, TN in 1926. In 1943 he volunteered for the U.S. Navy and served as a Petty Officer, third class in the Pacific theater until the end of WWII. Upon returning home, he continued his education and graduated from Washington College Academy, class of 1947. He attended Tusculum College from 1947 to 1949 and then transferred to Gupton-Jones College of Mortuary Science in Nashville where he graduated in December,1950. He was employed by Morris Funeral Home where he worked until 1966. Additionally, he worked at Appalachian Funeral Home until he established Hartman Funeral Home in 1968 which he and his wife Margaret owned and operated until December,1986. The business was sold at that time to the current Appalachian Funeral Home. Horace was a member of the Telford Methodist Church until 1956 when he moved his membership to Munsey Memorial United Methodist Church where he remained a lifelong member. At Munsey he served as the church treasurer, as a member of the administrative board, and as a member of the Solan Gentry Sunday-school class. Horace was a member of the Johnson City Jaycees and the Johnson City Rotary Club for which he served as President and was named a Paul Harris fellow. Horace was preceded in death by his parents Horace and Glenna Hartman, his siblings Uel Hartman, Elizabeth Boshears, Jack Hartman, and Dale Hartman, nephew Jack Hartman, Jr., and great-nephews John Mark Crawford and Wesley Smith. Horace is survived by his wife of 65 years, Margaret Hartman, his daughter Rebecca Wolfenbarger and husband William Wolfenbarger of Maryville, TN and his son Walter Hartman and wife Paula Hartman of Nashville, TN. He is survived also by grandsons Eric Wolfenbarger of Murfreesboro, TN, Douglas Wolfenbarger and wife Krystal Wolfenbarger of Smyrna, TN, granddaughter Maggie Howard, husband Brandon Howard, great-grandson Jack Howard of Franklin, TN and several nieces and nephews. The family will receive friends Sunday, June 18, 2017, from 1:30 to 3:00 P.M. in the Munsey Memorial Chapel to be followed by the funeral service at 3:00 in the sanctuary at Munsey Memorial United Methodist Church, with Dr. C. Mark Goodin, The Reverend Michael Lester, and The Reverend Douglas Grove-DeJarnett, officiating. Pallbearers for the service are Charlie McCoy, Bill Hawkins, Curt Dietrick, Larry Denny, Bobby Westbrook, and Jim Pickering. Honorary pallbearers are the Solan Gentry Sunday School Class of Munsey Memorial. A graveside service for family and friends will be held Monday, June 19 at 11:00 a.m.at Monte Vista Cemetery in Johnson City, with military honors being accorded by the U.S. Navy Funeral Honors Team. Those planning to attend are requested to meet at the cemetery by 10:50 A.M. In lieu of flowers, memorials may be made to Munsey Memorial United Methodist Church, 201 S. Roan St., Johnson City, TN 37601. Order Flowers Service DetailsSunday, June 18th, 2017 3:00pm, Munsey Memorial United Methodist Church Interment DetailsMonte Vista Memorial Park

Horace Matison Hartman, Jr., 90, died at his residence in Johnson City, TN, Tuesday, June 13. Horace was born in Telford, TN in 1926. In 1943 he volunteered for the U.S. Navy and served as a Petty Officer, third class in the Pacific theater... View Obituary & Service Information

The family of Horace Matison Hartman Jr created this Life Tributes page to make it easy to share your memories.

Horace Matison Hartman, Jr., 90, died at his residence in Johnson...

Send flowers to the Hartman family.