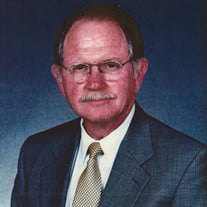 Frank Roy Hawkins, 78, of Johnson City, passed away peacefully at his home on Saturday, November 21st. Frank was born on October 27, 1942, to the late Frank Watson Hawkins and Geraldine Vines Hawkins Hyder. He called Johnson City home for his entire life. A 3rd generation member of Central Baptist Church, he was saved at age nine and later in life belonged to his much-beloved William Rigel Sunday School class, and served proudly and with deep faith as a church deacon, church moderator and usher. He served on The Johnson City Seniors Center Advisory Council as chair, then on the Foundation Board for over 20 years and as Treasurer. He truly valued the interactions with the seniors, staff and the twice-monthly ballroom dances with his dance partner Virginia “Ginny” Crouch. He also treasured his membership of the Nativic Civitan Club for over 30 years with one term as president and his lifetime membership of the Johnson City Elks Lodge. Born and raised a Republican by his parents and a longtime member of the Washington County Republican Party, he served multiple terms as party chairman and treasurer. He was an affiliate member and supporter of the Washington County Tennessee Republican Women with his dear friend Wanda May. A graduate of Science Hill High School, he continued his education at East Tennessee State University, the Northeast State Tech Quality Program and the Milligan College Adult Education Program. Frank spent most of his working life as an advertising executive at the Johnson City Press starting in 1967, moving from a trainee to Display Manager, retiring in 2004. He will always be grateful to the Carl A. Jones family’s stewardship and remembers fondly his time with the Tennessee Press Association and the Mid-Atlantic Newspaper Advertising Marketing Executives Association. One of his life’s greatest pleasures was regular lunches and fellowship at The Shamrock with dear friends Jack Cox (owner), Harry Harman, Ed Campbell, Ken Lyon and numerous others. Other passions included attending live bluegrass music festivals with his longtime friend Bill Pace, listening to and singing his favorite gospel hymns, ballroom dancing, walking and coin collecting. In addition to his parents Frank is preceded in death by his grandparents, Judge D.A. Vines and Mabel and Professor E.E. Hawkins and Margaret. He is survived by his son, Frank Watson Hawkins, II, wife Kelly and cherished granddaughters Mathilda and Ellery of Knoxville; brother, David E. Hawkins and wife Ann; sister, Marilyn Tolliver; nieces, Tori Tolliver, Lori Jones and husband David of Virginia, Janet Phillips and husband Russ of Georgia, Heather Hawkins and husband Mike Truffa of North Carolina; Bill, Brian and Brad Price; and David Head of Chattanooga. The memorial service for Frank will be held at 1:00 p.m. Friday, December 4, 2020 at Central Baptist Church, 300 N. Roan St. Johnson City, TN 37601 with Executive Pastor Gene Elliott, officiating. The committal service will follow in Happy Valley Memorial Park. Those who wish to pay their respects to Frank can drop in for an informal viewing Friday, December 4, 2020 from 9:00 a.m.– 1:00 p.m. at Appalachian Funeral Home. Due to the current COVID-19 regulations, our staff is committed to taking care of our guests and families that we serve. Please understand we will be following the State’s COVID guidelines. We also ask all guests and family members attending visitations and services to please practice social distancing, bring and wear a mask. In lieu of flowers donations may be made by simply writing a check to the Johnson City Senior Center Foundation at 510 Bert St. Johnson City, TN 37601 and/or The William Rigell Sunday School Class at Central Baptist Church, 300 N. Roan St. Johnson City TN 37601.

Frank Roy Hawkins, 78, of Johnson City, passed away peacefully at his home on Saturday, November 21st. Frank was born on October 27, 1942, to the late Frank Watson Hawkins and Geraldine Vines Hawkins Hyder. He called Johnson City home for his... View Obituary & Service Information

The family of Frank Roy Hawkins created this Life Tributes page to make it easy to share your memories.

Send flowers to the Hawkins family.