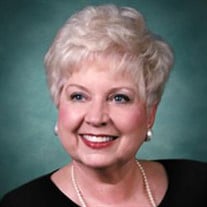 Elizabeth Ann Luntsford Patton, 92, passed peacefully into Heaven on Tuesday, August 10, 2021, at Oakmont at Gordon Park, in Bristol, VA. Ann was the daughter of the late Samuel Guy Luntsford, Sr. and Bonnie Shell Luntsford. She was a native of Johnson City, where she was born, raised, and lived the majority of her life. Ann graduated from Science Hill High School and received a Bachelor of Science degree in Business from East Tennessee State College, in 1951, where she was a member of Alpha Delta Pi Sorority. After graduation she moved to Kingsport to work at Eastman Kodak in the Statistical Department where she met her husband, Thomas O’ Brien Patton, Sr. They wed in 1955 and were married for 58 years until his passing in 2013. Ann was very involved in her community. She found great joy in playing the violin in the Johnson City Symphony Orchestra for 30 years. Ann was also a member of the Cantabile Chamber Ensemble which performed for numerous events in the area such as weddings, funerals, medical school graduations, and church related events. She was a lifelong member of First United Methodist Church where she enjoyed singing in the Chancel Choir, served as president of her circle, and a leader for the youth in the Methodist Youth Fellowship program. Ann was very creative and loved decorating and arranging flowers. She was a long time member of the Shady Oaks Garden Club. Other involvements include Chaplain of the Ann Robertson Chapter of the Daughters of the American Revolution, member of the Monday Club, and the Merry Wives. Her proudest accomplishments included her three children and five grandchildren. She was very supportive of all their activities and loved cooking and entertaining them in her home. Ann loved laughing, telling jokes, and often chimed in with song. She enjoyed teasing and pranking her sons-in-law. Ann always had a bright smile, twinkling eyes, an infectious laugh, and a keen sense of humor, which helped her relate well to others, especially the youth at her church. In addition to her parents, Ann was preceded in death by her husband, Thomas O’Brien Patton, Sr. and sister, Charlotte Luntsford Steffner and husband Edward B. Steffner, MD. Survivors include her three children, Susan Patton Fortune (James Robert “Butch”) of Johnson City, Trish Patton Archer (Bill) of Inlet Beach, FL, and Thomas O’Brien Patton, Jr. of Johnson City. She was “GMom” and “Memaw” to five grandchildren, Lyndl Fortune Heins (Alex) of Johnson City, Thomas O’Brien “Obie” Patton, III of Johnson City, James Robert “Rob” Fortune of Charlotte, NC, Sarah Patton Barnett (Calop) of Chattanooga, and Natalie Anne Patton (fiancé Jon Weaver) of Ft. Collins, CO; four siblings, Jane Luntsford Childers (the late Carl Childers) of Johnson City, Sue Luntsford Broyles of Atlanta, GA, Samuel Guy Luntsford, Jr. (Jan) of Huntersville, NC, Nancy Luntsford Osborne (James) of Butler; close friend, Doris Stultz; many dear nieces and nephews. The celebration of life service for Ann will be held on Sunday, August 15, 2021 at 6:00 P.M. in the East Chapel of Appalachian Funeral Home with The Reverend Douglas Grove-DeJarnett, officiating. The family will receive friends prior to the service from 4:30-6:00 P.M. in the East Parlor of the funeral home. Those who wish to virtually attend the service can visit Appalachian’s Facebook page at 6:00 P.M. when the service begins. The family would like to thank the staff at Oakmont at Gordon Park for their loving and attentive care over the past year and for fostering a homey and healing environment. In-lieu-of flowers donations can be made to First United Methodist Church, 900 Spring St. Johnson City, TN 37604, Johnson City Symphony Orchestra, 172 W. Springbrook Dr. Johnson City, TN 37604, or a charity of choice.

Elizabeth Ann Luntsford Patton, 92, passed peacefully into Heaven on Tuesday, August 10, 2021, at Oakmont at Gordon Park, in Bristol, VA. Ann was the daughter of the late Samuel Guy Luntsford, Sr. and Bonnie Shell Luntsford. She was a native... View Obituary & Service Information

The family of Elizabeth Ann Luntsford Patton created this Life Tributes page to make it easy to share your memories.

Send flowers to the Patton family.