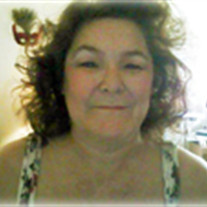 Debra Keplinger Crook, age 55, of Bristol, TN, went home to be with the Lord Friday, September 30, 2016 at the Bristol Regional Medical Center following an extended illness. A native of Johnson City, she was a daughter of Kathleen Price Babb,... View Obituary & Service Information

The family of Debra Keplinger (Babb) Crook created this Life Tributes page to make it easy to share your memories.