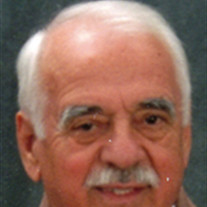 Clay Barnes Marrs, Johnson City Clay Marrs, 82, of Johnson City died Friday, February 10, 2017 in Johnson City Medical Center from complications of pneumonia. He was the son of the late Dodson and Elizabeth Marrs. He was preceded in death by his twin brother and three sisters. Survivors include his wife, Bonnie Perry Marrs, his son Dr. Steve Marrs, his daughter, Mendy Hall Marrs, two step daughters, Jan Lindsay and Karen Blevins (Russ), three stepsons, Bo Strickland (Paula), Dr. Doug Strickland (Denise), David Stringland (Janet), 20 grandchildren and 11 great grandchildren. Clay Marrs graduated from Hampton High School in 1953. He went on to college to pursue a degree in Pharmacy. He graduated from Samford School of Pharmacy in 1959. Upon returning to Johnson City, Clay began his 52 year Pharmacey career at Jones Vance Pharmacy, then Hospital Pharmacy and Blankenship Pharmacy. He spent his last 32 years of his career at Blankenship Pharmacy until his retirement in 2010. Clay Mrrs was active in the Boy Scouts by being a leader in Explorer Post 38. He made numerous trips to Canada with the scouts and help sell thousands of Christmas trees at the Explorer Post 38 tree lot. Mr Marrs was very proud of being the recipient of the Silver Beaver Award, a council-level distinguished service award of the Boy Scout of America. Clay Marrs was an active member for many years in the Rotary International, Service organization. He was a past President of the Rotary Club of Johnson City. Besides the love he had for his family, he loved being at Watauga Lake on their boat the "Bon- Bon". Recently Clay and Bonnie moved to Colonial Hill Retirement Center where he was known as the "Candyman" A memorial service will be held at First United Methodist Church on February 17. Visitation will be 5:00 - 7:00 P.M., Memorial Service at 7:00 P.M. In lieu of flowers, the family request donations be made to First United Mehodist Church, 900 Spring Street, Johnson City, TN Order Flowers Service DetailsFriday, February 17th, 2017 7:00pm, First United Methodist Church

Clay Barnes Marrs, Johnson City Clay Marrs, 82, of Johnson City died Friday, February 10, 2017 in Johnson City Medical Center from complications of pneumonia. He was the son of the late Dodson and Elizabeth Marrs. He was preceded in death by... View Obituary & Service Information

The family of Clay Barnes Marrs created this Life Tributes page to make it easy to share your memories.

Send flowers to the Marrs family.