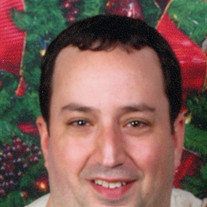 Chris Stayer, 44, Jonesborough, died Friday, June 8, 2018, at his residence.  Chris was a native and lifelong resident of Washington County.  He was a son of Ronnie and Sandy Stayer, Telford.  Chris was a 1992 graduate of David Crockett High School.  He was formerly employed as a Laboratory Technician with Nuclear Fuels Services, Erwin, for fifteen years.  Chris was a member of Mt. Zion Baptist Church, Jonesborough.  He was preceded in death by his paternal grandparents, Lewis and Geneva Sliger Stayer, his maternal grandparents, Hobert and Susie Johnson Matherly, several aunts and uncles, including a special aunt, Bessie Matherly and special uncle, Walter Matherly, and his father-in-law, Clarence E. Gentry.  In addition to his parents, Chris is survived by his wife of fourteen years, Shannon Stayer; his two sons, Isaiah M. Stayer and Samuel J. Stayer, both of the home; his brother, Timothy M. Stayer, wife Brooke, and their son Ethan, Jonesborough; his mother-in-law, Tammy Gentry, Piney Flats; several aunts, uncles and cousins.  The funeral service will be conducted Thursday, June 14, 2018, at 7:00 P.M., from the East Chapel of Appalachian Funeral Home, with Pastor Brian Nulf, officiating.   The family will receive friends prior to the service from 5:00-7:00 P.M. in the East Parlor of the funeral home.  The graveside committal service will be held at 11:00 A.M.  Friday, in McCarty United Methodist Church Cemetery, Jonesborough. Pallbearers will be Tim Stayer, Jeff, Bill, Scott and Tommy Matherly, Tim Bailey and Josh Hathaway. Those planning to attend are requested to meet at the cemetery by 10:50 A.M. Friday.  Those who prefer to make memorial contributions in lieu-of-flowers, the family requests donations be made to the Youth Department of Mt. Zion Baptist Church, 284 Mount Zion Church Rd., Jonesborough, TN 37659.

Chris Stayer, 44, Jonesborough, died Friday, June 8, 2018, at his residence.  Chris was a native and lifelong resident of Washington County.  He was a son of Ronnie and Sandy Stayer, Telford.  Chris was a 1992 graduate of David Crockett... View Obituary & Service Information

The family of Chris Stayer created this Life Tributes page to make it easy to share your memories.

Send flowers to the Stayer family.