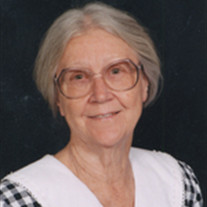 Angeeta "Ann" B. Cook Whittemore Ann Whittemore, age 92, of Johnson City, went to be with her heavenly father on December 26, 2017. She fought the fight and kept the faith (II Tim. 4:7). She won the battle against pancreatic cancer and the Whipple procedure in 1995. She lost her final battle to pancreatitis with complications. She earned her BS and MA at ETSU. She achieved Level 3 on the Tennessee Teacher Career Ladder. However, the greatest testimony to her teaching ability was when her former students requested that their child be placed into her classroom. She began her teaching career in a 3 room schoolhouse in rural Virginia. There was a pot belly stove to keep them warm on chilly days, especially important after a trip to the outhouse. Several times during that school year, she would bring 6 of her student's home to spend the night. Not much sleeping was done on those nights to be sure, but many wonderful memories were created with those first and second graders. In Tennessee, she taught at Ross N. Robinson, Asbury Elementary and Boones Creek Elementary. She taught school for 38 years and retired 3 weeks before fer 70th birthday due to health issues. She attended The Bible Church where she taught the adult Sunday School Class for many years. She is survived by her daughters: Pat Cook Whitmire (Maurice), and Linda Cook Webb (RC), both of Johnson City; 3 grandchildren Cynthia Whitmire Dudash (Robbie), Jim Webb (Angie), and Lisa Webb DVM; and 1 great grandson Nicholas Webb. Her special furry friends, Bebe and Buddy, brought much joy to her life. She was preceded in death by husbands Willard Cook and Earl Whittemore; her parents Goble and Missouri Branham; siblings Clayton Branham, Ivory Stanley, Elwood Branham, and Josh Branham. The family would like to give special thanks to her caregivers Betty Younce, Ashley Shockton, Deborah Riffe, and Arlette DeMelo for their tender, loving care of our mother. We would also like to thank Dr. Rachel Monderer for saving mother's life in 1995 and her continued care and support. Appalachian Funeral Home, E. Watauga Avenue, Johnson City, is in charge of arrangements. Friends will be received on Thursday, December 28th from 5PM to 7PM. Funeral services will be conducted by Dr. Reggie Weems on Friday, December 29th at 1:00PM. Burial will follow immediately at Monte Vista Cemetery on Oakland Avenue. The family requests no flowers but a donation to the Humane Society of Washington County would be appreciated. Order Flowers Service DetailsFriday, December 29th, 2017 1:00pm, Appalachian Funeral Home- East Chapel Interment DetailsMonte Vista Memorial Park

Angeeta "Ann" B. Cook Whittemore Ann Whittemore, age 92, of Johnson City, went to be with her heavenly father on December 26, 2017. She fought the fight and kept the faith (II Tim. 4:7). She won the battle against pancreatic cancer and the Whipple... View Obituary & Service Information

The family of Angeeta Whittemore created this Life Tributes page to make it easy to share your memories.

Send flowers to the Whittemore family.